The Most Famous of Peru’s Mountains – Machu Picchu

The quiet streets of Aguas Calientes and the empty hotel rooms in Cuzco are a stark contrast to the regular busy tourist season. The closure of Peru’s most famous attractions have caused locals to ask themselves “what would it be like without Machu Picchu?” The heavy rains, which continue in Cusco (February 2010), have destroyed access to the famous citadel. Its closure has meant unemployment to thousands and homelessness to many more left standing in the wake of the recent flooding.

At a time when cultural tourism is most in need to preserve the livelihoods of thousands of Cusqueños, the world has all but forgotten that there is so much more in Peru then just Machu Picchu. Sure tourism will return, in 2 weeks Machu Picchu will again be accessible by the Machu Picchu by Car circuit. After all Machu Picchu is timeless, built to last forever by the Incas, a testament to human creativity, of things we can do when we work together.

The people of the Andes must now rebuild and as before work together. Hope and perseverance will inevitably sustain the people of Cuzco until the tourists return. Because without Machu Picchu, the old Mountain, there is no reward at the end of a hard days hike. There is no grand finale to an adventure throughout this mystical land called Peru, or is there?

What the world hasn’t realized yet is that Machu Picchu is but one sample of Peru’s Mountains, the Andes. The rewards for an off the beaten path traveler are overwhelming, grand finales become abundant. The spirits are everywhere, after all it’s a bond with nature we live for, that puts us at ease and we try to protect. It is this same bond with nature and the living world that the Incas brilliantly mastered and built their Empire around. The Incas and their predecessors never built on just one Picchu (mountain) but hundreds! Peru’s Mountains are filled with ruins and stone forests, perhaps some waiting to be discovered, below are a few of our favorites:

First discovered in 1710, Choquequirao (The Cradle of Gold) has long been know as the sister site of nearby Machu Picchu. It’s location is just as stunning being located on a ridge of the Salkantay Mountain Range at an altitude of 9,255 ft. The site is more difficult to get to then Machu Picchu and requires a 2 day hike to the ruins,  comfortable 4 day tours are available as well. The trek itself is a beautiful one as you walk along Peru’s Mountains, the Andes, enjoying and cloud forests high above the Apurimac River.

Choquequirao is a  large site and is still being excavated and restored. Like all important Inca sites the city is laid out in alignment with the movement of the Sun and the Stars. Archaeologists believe that Choquequirao was an important stronghold and used as a gateway to the Vilcabamba region and on to Machu Picchu which is why we have nicknamed it Irmana Picchu (Sister Mountain).

Up until 20 years ago Chavin was known as the oldest civilization in the Americas (Caral and Sechin now compete for this honor), it is still recognized as a birthplace of civilization in the Andes. Chavin was a pre-Inca Culture and their stonework not as refined as the Incas, at their height their Empire spanned from Cajamarca and Chiclayo in the North running along Peru’s Mountains to Pachacamac outside of Lima.

Chavín de Huántar is surrounded by all sides by the beautiful Andes and only a couple hours drive from Huaraz, full day tours are available for the site with direct access. Chavin’s massive stone pyramid contains more then 5 levels of underground tunnels that were used as a initiations into their religion. At the heart of their underground temple lies the Lanzón, a sculpture which is assumed to be a supreme deity of Chavín de Huántar.

The Lanzón is perhaps one of the most incredible works of art from a culture as early as Chavin. Chavín de Huántar is as well known as Machu Picchu and has probably been visited by as many Peruvians, it is a standing emblem of our ancient past and is why we have nicknamed it Ñawpa  Picchu (Ancient Mountain).

The famed city in the clouds and home to the Incas main rivals; the Chachapoyas. This civilization of northern Peru built their own massive monument above the clouds of Peru’s mountains, a structure 1,800 ft in length and 60 feet tall at an altitude of 9,000 ft. The site is made up of about 400 constructions that are very original in their design. Kuelap being situated on a ridge overlooks the Utcubamba Valley with views of the surrounding high jungles of northern Peru.

Kuelap was rediscovered in 1843 and has only recently begun to gain in popularity among tourists. Access to the site is best during the dry season and Kuelap can be reached by booking one of many tours from the town of Chachapoyas. Even today Kuelap is considered to rival other archaeological structures in the Americas in size, we thought it befitting to give it the nickname of the Hayu Picchu (Rival Mountain).

Our favorite Picchu by far is Marcahuasi, simply because it is always an adventure to visit and each time there is something new to see and explore. Marcahuasi is situated along Peru’s Mountains outside Lima on a massive plateau located just a couple hours from Lima and relatively easy to get to. You can book a tour or go on your own, however a guide is always helpful especially to point out all the different shapes and Tuyru’s that make up Tuyru Picchu (Monument Mountain).

Marcahuasi could be one of the most mysterious of Peru’s Mountains, by last account no one really knows what it is, some say the rock formations are long eroded shapes of sculptures left by an ancient unknown civilization, others just think the formations are the product of wind erosion. What is true is that the area has been know to have some pretty strange features, such as a bottomless pit that has since been boarded up, no need to watch your step anymore.

The area has also seen its fair share of UFO sightings and other paranormal activities. Rumors of Star-gates and portals are also abundant, however you will feel like you are in another world at Marcahuasi, it is that unique. The only way to explore the sight is by camping, you want to stay at least 2 days to explore, hiking from one end to the other can take a good 4+ hours. On a clear night you’ll feel like your on top of the world and unless your training for NASA this is as close as your going to get to exploring the Milky Way.

Huascarán is Peru’s highest and largest mountain reaching the height of 22,205 feet. Its unique shape makes it look just colossal in nature and something to really awe at. The surrounding area is just as spectacular as turquoise lagoons dot the landscape as well as the peaks of other giant glaciers such as Alpamayo and Artesonraju; the inspiration for the Paramount Pictures logo.

We chose the nick Mama Picchu because in Runasimi, the ancient dialect of the Incas, this would mean Mother Mountain and Huascarán is the mother of all Peru’s Mountains, despite its masculine name. No there isn’t any ruins on Huascarán, although there are in the national park and around Huaraz, but it is almost obligatory to checkout Huascaran for it’s National park, it would be like not visiting Yosemite if you were a tourist visiting the United States. Here you will see incredible landscapes and unique flora such as the Puya Raimondi.

Access to the park is readily available with a plethora of tours and treks available. We recommend the Santa Cruz Trek for it’s beauty and scale.

There are many more Picchu’s that I could add to this list like Sacsayhuaman for example or Vilcabamba. However I just wanted to bring awareness like a lot of my fellow bloggers (Stuart Starrs and Jessie Kwak) that Machu Picchu is a small part of Peru, if us Peruvians hype it up it’s only because we want to get you here to see all the other amazing things we have to offer in Peru.

Machu Picchu is one of a kind, surely the most impressive of Peru’s Mountain but there are so many other gems in the country. I only hope that this post has served as an introduction to these other marvels and that next time you visit Peru you’ll ask yourself ‘which Picchu should I visit first?’.

(All Picchu’s in this article have been named by Karikuy and are not to be confused with their real names… although they do sound  pretty cool.) 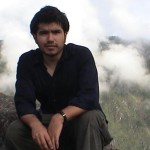